Showing posts from July, 2017
Show all

How Good Are Our Tents? The Kotel Controversy 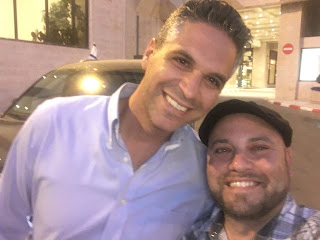 How Good Are Our Tents? - The Kotel Controversy Rabbi David Baum, Congregation Shaarei Kodesh Parashat Balak 5777/2017
Jewish unity can be a fleeting thing as we saw in these last weeks.
The kotel compromise officially began in 2013 – took three years to get everyone on the same page, and in a day, it’s all gone.(for a basic overview of the Kotel compromise, please read: Western Wall prayer fight ends with historic compromise
Due to the outcry from the Jewish community outside of the land of Israel, the government has delayed any changes for six months.
Now we have six months, so what now?
Before we start planning for the future, I would like to look to the past.Today, I want to focus on two things:
1.Balaam’s famous blessing, Mah Tovu 2.An adaptive solution to the issue of pluralism
Balaam, the infamous non-Israelite prophet, is ordered to curse the Children of Israel by a King Balak who was fearful of these ex-slaves from Egypt.However, every time Balaam tries to curse them, he bless…
Post a Comment
Read more

Jewish Leadership is Much More Than A Game of Thrones© 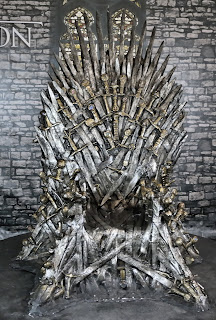 Jewish Leadership is Much More Than A Game of Thrones© Rabbi David Baum, Parashat Pinchas
It’s the middle of the summer, but #winterishere
What I mean by that is the new season of Game of Thrones is about to begin again.
Let me begin by saying that this show is not for the young, and is graphic when it comes to sex and violence, and I do not give it my seal of approval, but then again, our holy document isn’t so tame, like in last week’s parashah Balak which ended with mass fornication only ending when a priest named Pinchas took a spear, and let me read you the exact words:“stabbed both of them, the Israelite and the woman, through the belly.”Numbers 25:8
But people are obsessed with this series for many other reasons.Game of Thrones is aptly named because that is essentially what it is - a series of leaders vying for a seat on the Iron Throne, to be the king or queen of the seven kingdoms.
The throne was made by an infamous king who conquered the land and took the swords of all of …
Post a Comment
Read more

July 16, 2017
Tips on Jewish Spiritual Parenting by Rabbi David Baum, Congregation Shaarei Kodesh From Brunch at the Park!  July 16, 2017 Text 1: Abundant blessings חייב אדם לברך מאה ברכות בכל יום שנאמר 'A person must make one hundred ( meah) blessings each day, as it is stated (דברים י, יב) ועתה ישראל מה ה' אלהיך שואל מעמך (Deuteronomy 10:12), "And now Israel, what ( mah) does the Lord, your God, ask of you."
Why do you think it is important for us to say 100 blessings a day? What do blessings do for you? Try this: Download the 'Sanctifull' App by the Rabbinical Assembly - https://www.rabbinicalassembly.org/story/sanctifull When you see a rainbow, look up the prayer and teach your children about it. The app is a great tool to mark everyday spiritual experiences with your families! On Friday evenings at Shabbat dinner, go around and ask them what they were grateful for this week? Text 2: Holiness at every opportunity Barukh ata adonai elohenu melekh ha’olam, sheheche…
Post a Comment
Read more

Redeeming the Land - Reflections From Israel

July 06, 2017
Redeeming the Land© Rabbi David Baum, Congregation Shaarei Kodesh
Arguably, the oldest way that people gave to the building of the Modern state of Israel was through the blue pushkas (tzedakah/charity boxes) for the Jewish National Fund, or Karen Kayemet L’Israel.What were we donating money for?We thought – trees?We were giving money to Israel, but what was Israel doing with the money?
This week’s parashah, Behar-Behukotai, are the last parshiot of the book of Leviticus.During this book, which was given at Sinai in a span of eight days after the revelation of the Torah at Mount Sinai, which is ownerless land in the wilderness, we read about the laws concerning the priests.But it isn’t just the laws of the priests – this book contains the laws for the nation of priests, bnai Israel.It’s a book of methods to attain holiness.The focus is on people, but as we come to the end of the book, we now move to a different focus:a focus on the land of Israel.
But if we look even closer, we see that…
Post a Comment
Read more
More posts