Showing posts from July, 2013
Show all

Eulogy for Lila Sosna written and delivered by David Baum

July 24, 2013
Eulogy for Lila Sosna
As I was reading this week’s parashah, there was a pasuk that really stuck with me as I thought about Lila’s life.
Deuteronomy 4:9 But take utmost care and watch yourselves scrupulously, so that you do not forget the things that you saw with your own eyes and so that they do not fade from your mind as long as you live. And make them known to your children and to your children’s children.
We have a very special religion and story.In our parashah this week, we read the famous Ten Commandments, in it, the commandment to honor your father and your mother, but there is no mitzvah to honor your children – why?Because it comes second nature to us, it is as instinctual to most of us as it is to breathe.But we do have this commandment, among many others regarding our children:make these teachings known to your children, and to your children’s children.You see, it’s not just about the children, but also about the grandchildren.There’s an old joke, what do grandparents and…
Post a Comment
Read more 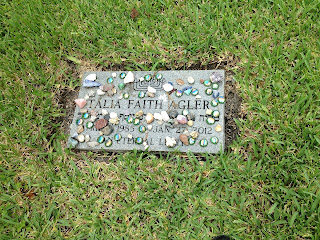 It was a difficult week for our family as we lost Alissa's grandmother, Lila Sosna.  It was a very sudden loss for us, and she was very special to our whole family.  I will post her eulogy on this blog later this week.  Although she lived a long and fruitful life, she was taken far too soon.  Our whole family has been blown away by the support and comfort given from so many including family, friends, and congregations, mainly Beth Ahm Israel of Cooper City where Lila was a very active member, and Congregation Shaarei Kodesh where our family, including Lila's daughter and son in law (my in-laws), are active members.

After the funeral, on my way back to the car, I saw a bench with the last name Agler, and I took a seat on it to have some moments to myself, and this is what I saw:

I was blown away by the number and variety of stones.  In Judaism, rather than leave flowers, we leave stones when we visit a someone's kever (grave).  Flowers wither, but rocks are forever.  I was…
Post a Comment
Read more

July 15, 2013
At our board retreat yesterday, we had the task of choosing a couple of words that articulate what we do as a congregation and will continue to do at all times.  One of the words that came up a lot was fun.  Our congregation loves to have fun at almost all times, but I told the group that 'fun' cannot be part of our vision because we cannot have fun ALL the time.   Put simply:  it's just not Jewish.  In the next hour or so, we will enter into one of those rare times.
At a shiva home, visitors often do not know what to say to the mourner's.  Sometimes, people try and make sense of loss to the mourner's and sometimes they try and cheer them up because they do not want them to feel sadness.  The Shulchan Aruch tells us something different - when you approach a mourner, stay silent; let them do the talking, and your task is to listen to them.  However,  if you must say something, say the words, "HaMakom Yinachem Etchem B'toch Avelei Tzion U'Yerushalayim&q…
Post a Comment
Read more

When Reality Television Gets Too Real© 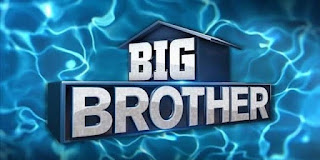 When Reality Television Gets Too Real© Parashat Matot-Masei, July 5th, 2013 By Rabbi David Baum
I returned home on July 4th as I completed my four day trip to Camp Ramah Darom.  Camp Ramah is located in the mountains of North Georgia, a place with practically no cell phone reception, very limited wifi and no television, and you know what, I loved it!
Being "disconnected" from technology at camp was amazing, and just yesterday, I had a dvar torah that I wrote about this very subject; but that's not what this dvar Torah/sermon is about.  Sometimes, we are just moved by something we see, that we may have grown accustomed to, but finally, we've had enough.
I actually want to talk about television and racism; I know, how did I get from camp to racism?  Hear me out.
When I arrived at home yesterday, I reconnected with the family, saw some fireworks, and after everyone went to bed, I turned on the television to catch up on shows stored in my DVR, and the reality televisio…
Post a Comment
Read more
More posts