Vayigash: The Redemption of Darth Vader… and Others 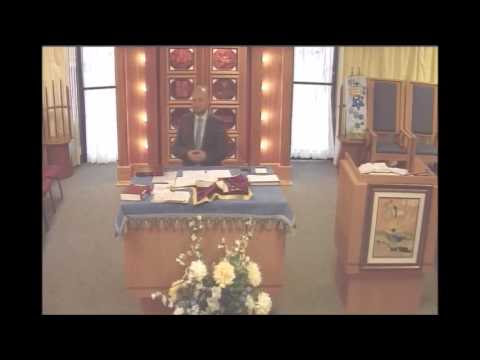 A long time ago, in a galaxy far, far away…
These words began a phenomena in America and around the world.
Why did Star Wars become such a phenomena?Special effects?Not really – there are plenty of movies out there with special effects that bomb, and many that do well, but Star Wars is different.I remember in college, I had a friend that would watch Star Wars every weekend – I thought it was a little crazy – he memorized lines and would recite them over and over:
“Do. Or do not. There is no try.”
“You’ve never heard of the Millennium Falcon? … It’s the ship that made the Kessel run in less than 12 parsecs.”
“You don’t need to see his identification … These aren’t the droids you’re looking for … He can go about his business … Move along.”
And of course:
“May the Force be with you.”
What made Star Wars so enduring weren’t the special effects; it wasn’t the gre…
1 comment
Read more
More posts